Landowners have had enough 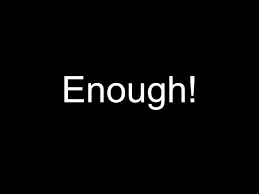 We have had enough, which is why we put our name to the advertisement that appeared in the Northern Advocate and Whangarei Leader.

We are not business people. The Landowners Coalition Inc represents some 300 private landowners in the Whangarei District. Our supporters are individuals who are frustrated with the Whangarei District Council's planning rules. Most have horror stories to tell, but they do not want to go public because they don't seek publicity or they fear they will be given "special treatment" when they have to deal with the Council in the future. That's why they want us to be their voice.

Our role includes monitoring planning rules. We read the many hundreds of pages of new policy written each year by Council's planning staff, and we have submitted on most WDC plan changes in recent years. In many cases we have appealed the decision of the so-called "independent commissioners" (who we believe are biased towards staff recommendations) and gone to mediation. We have volunteered our time doing that and the court and legal costs incurred have been paid for by donations from private individuals, not businesses. We have not sought nor have we received any government funding.

We have seen first-hand how the rules are rewritten by those sitting around the mediation table. We have been horrified that in most cases those rules as initially advised to the public are significantly altered by activist groups like Forest and Bird (yes, they fund and engage in this form of policy advocacy). No councillor has ever made an appearance at any of the mediation sessions we have attended and councillors have no say on what their staff decide at the mediations.

When this was mentioned to a councillor last year he was outraged that this could be the case. He had little to say when it was pointed out that he was, in fact, one of the councillors who voted to give Council staff delegated authority without recourse to councillors.

Council's planning staff are the ones who are imposing the planning rules on landowners, not the people we voted to represent us. That's not acceptable.

Without proper checks and balances, council staff will invariably write the rules to suit themselves, and amend them during the appeal process when pressured by activist environmental groups.

That's why we landowners have had enough. We want our elected representatives to take back control of the planning rules in the Whangarei District.

on behalf of the Landowners Coalition Inc.

How much am I getting paid?