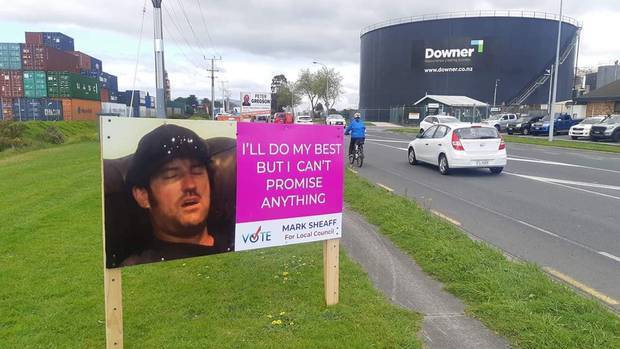 The coroners report into the 2019 elections will no doubt include a comment about the state of our local democracy: "Vital signs critically low. Bradycardia and bradypnea evident".  In other words, voter interest is so low that the majority of folk can't be bothered voting.

That is particularly relevant for the Auckland mayoralty race where it's essentially a choice between the former Labour Party minister Phil Goff or the former Labour Party minister John Tamahere.  Preliminary figures indicate the turnout will be around 31%. The turnout is low virtually everywhere; more than 50% is considered good. The turnout for the Far North and Whangarei District councils is likely to be around 45%.

The decline and further decline of voter engagement in local body politics has been a talking-point after every election for the past decade or more, as are the calls that "something must be done about it". Some say voting should be compulsory and those who fail to do should be restrained and flogged or pelted with past use-by-date tomato products.

I would agree that compulsion and public humiliation or tomato throwing may be appropriate if "no confidence" or "none of the above" option was to be added to the voting papers. At least then those who can't bring themselves to voting for any of the candidates on parade can express that view. I personally would take this a step further and void the outcome of an election if the "no confidence" option gains the most votes! In that case, it would be the defeated candidates who is publicly humiliated by the mere fact that they were beaten by no confidence.

Politicians blaming voters for not voting is a little like a business person blaming the consumer for not buying their goods. As things stand at present, I see no problem with people not voting if they consider the candidates on offer are not worth voting for.

Most people are not interested in local body elections, because the politicians don't make local body politics interesting. They actually make it boring, which explains why so few members of the public turn up to sit in on their meetings. Those who do are usually solitary desolate souls with a bone to chew, or hire-a-crowd people organised by a lobby group with a cult-like world view on issues like free lunches for homeless kittens.

Here are a couple of suggestions as to how local body pollies could spice things up a bit.

Those are just a couple of thoughts.

Do you have any suggestions?