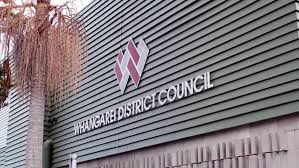 A former Whangarei District Councillor is calling on regional mayors and councillors to follow the Prime Ministers lead and take a 20% pay cut.

Frank Newman, said he accepted that the pay cut would have a minor impact on the Council's financial position, but agreed with the Prime Minister that it is more about solidarity.

"It's about doing what's right. Many ratepayers will be without an income and some will be without jobs. The Council has got to do more than taking out advertisements with soothing words. They need to take a leadership role…it's time like this that leadership is put to the test. It's time for our elected leaders to step up."

He is also calling on the Whangarei District Council to:

"The Council should abandon its proposed $48 million office building. It's not essential infrastructure.''

Mr Newman said Council needed to put on hold its debt programme which would see debt rise rapidly over the next few years. "This will put pressure on future rate increases that may not be sustainable."